How did you decide to become a University professor?

There is a famous line from Chaucer’s “The Clerk’s Tale”: “And gladly would he learn, and gladly teach.” I was one of those strange kids who was always happy to see the end of summer and go back to school. I actually liked being in class, especially if the teacher was good and I was lucky enough to have many good instructors. By the time I was in high school I knew I wanted to teach; it was just a question of subject matter and level. After getting the opportunity to teach college language classes as a graduate TA, I was well and truly hooked.

What do you consider to be your most notable professional achievement?

It is hard to say. Although this year I was awarded the College of  Liberal Arts and Sciences award for outstanding achievement in teaching by a lecturer. I was both gratified and humbled by the award because I know there are so many outstanding teachers on this campus and it is a  true honor to be considered among them. This has to rank pretty high on my personal list of professional accomplishments. 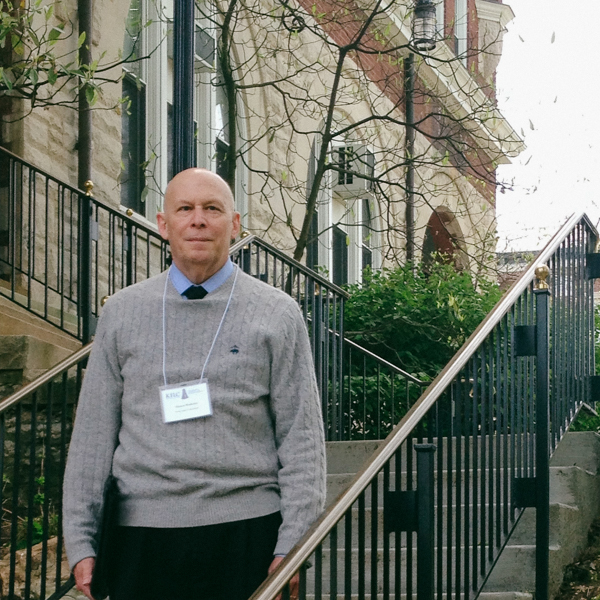 What has been your most memorable international experience?

I was living in São Paulo in the early 1980s during Brazil’s transition from a dictatorship to a democracy. The military government, which had taken control in a coup d’état in 1964, had lost its grip on the economic situation (inflation was over 100%) and had decided to return the country to democratic rule. I witnessed Brazil’s first (more or less) free elections after nearly twenty years of dictatorship. The lines to vote went on forever. These were only local elections and there were still many restrictions on political activity, but I saw people leaving the polling places with tears of joy in their eyes. To see citizens appreciating such a basic freedom made a profound impression on me.

What is the last foreign country you visited? Is there a place in that country that you recommend anyone to visit?

My last foreign travel took me to Costa Rica. The country has plenty of lovely beaches and amazing rainforests, but if I had to suggest one place to visit it would be the Poás Volcano, located at a lofty height of nearly 9,000 feet, in a National Park near the Pacific Coast. Tourists can walk up right to the edge of the crater. The park’s warning sign: “Keep calm and evacuate quickly…in case of eruptions, be careful” provides some  sound advice and also reminds you that the big volcano you just peered into is still quite active!

What has been the most interesting or unusual course you taught at ISU?

I have actually enjoyed teaching Spanish 301 (Advanced Grammar and Composition). The class is labor intensive for the instructor because it involves reading and correcting many compositions. Nevertheless, 301 is a course where the teacher can regularly see demonstrable improvement in student performance. So much of what we do in WLC has a positive impact that is profoundly holistic, but often difficult to measure. In a course like 301 it is easier to perceive ongoing student progress and this can be very gratifying.