Earlier this month, students in the ISU Russian Studies program had the opportunity to meet Todd Prince, a Moscow-based journalist for Bloomberg News, and – more recently – a stockbroker and businessman residing in Moscow and St. Petersburg. Below are just a few of the stories that Todd shared with our students during his visit to Iowa State. And for a unique photographic perspective on Russia and the former Soviet Union, check out Todd’s street portrait project “Shades of Russia.”

Randomly bumping into my German language classmate David outside the Brooklyn College campus entrance one sunny July weekday in 1997 changed my life. As we made small talk, I asked David how he was spending his summer. ‘’I am going to Germany next week for an intensive language program,” he answered.

I was so envious!….I loved studying German while David was merely taking it to fulfill his language requirement. If he was going to Germany, than I should be as well. I didn’t know anything about the study abroad process, so I asked David for contact details. As soon as I got home, I called the program’s coordinator (no, I didn’t have a cell phone in those days!).

While the coordinator said the registration deadline had passed – and while I didn’t have the cash in any case – I still pleaded with him to get me a spot in the intensive language program in Germany. I was determined to make this a reality.

The next day, the coordinator called to say he had worked something out and I could go, but would have to pay in the coming days. With permission granted, I now had to work out the second problem – finding money. I was able to get additional student loans to cover the costs.

That one-month trip to a small German university town so opened my eyes to the value of language immersion programs – and more importantly the thrill of living abroad – that I was determined to make it a part of my life. 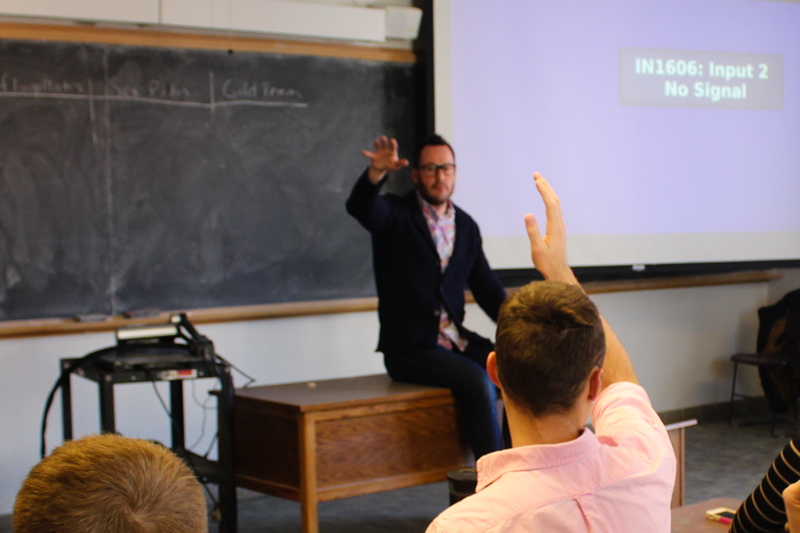 Upon finishing university with a degree in history and minor in German in 1999 at the age of 24, I turned my back on interviewing on Wall Street, where many of my high school friends were successfully working. It wasn’t for me – at least at that time. Instead, I set out to fulfill a four-year old dream of learning Russian.

I knew there was no way I was going to learn it sitting with cassettes and text books in New York. I had to immerse myself. Thus, I began to look for ways to live in Russia for a few months.

After weeks of Internet searching, I found a job teaching English in Moscow for about $550 a month and free housing. It was about a day’s salary at a investment bank, but I didn’t care.  I packed my bags and flew to the Russia capital filled with determination to expand my 10-word Russian vocabulary and return home in nine-months with some speaking fluency.

Within a short time, I found a private tutor and began the long process of learning one of the world’s more difficult languages. I did not let my thick Brooklyn accent stop me from practicing my speaking skills on the streets. I augmented my private classes by listening constantly to a political talk radio program on my walkman while at the gym. (I later switched to listening to talk radio on my phone when that become possible)

I had no idea what I was going to do with my hoped-for Russian language skills. Perhaps work in government or academia I thought. My mother said learning Russian was a waste of time with limited job opportunities. She turned out to be wrong.

Those language skills opened up fascinating career opportunities I may not have gotten at home. My understanding of Russian helped me land a job as a Moscow-based journalist for Bloomberg News, where I interviewed former, future and present leaders of Russia and other Soviet states as well as the nation’s richest businessmen.

My language skills – and accumulated business understanding – later opened a door ironically into investment banking in Russia. As a stock broker, I often travel around the country with investors visiting companies and industrial sites, such as oil fields and steel blast furnaces.

Sixteen years later, I am still in Russia about to start on my third career. This time, I will be the representative to foreign investors for one of St. Petersburg’s largest companies. I will be the only foreigner among the 15,000 employees, ensuring I will get a big dose of Russian business culture.

I wouldn’t be surprised if I end up with a fourth career before I eventually decide to return home…. Maybe the next one will be in film as my language skills have already landed me small roles on a Russian TV travel program and serial.

Though in my particular case, my pursuit of Russian language may have left me financially weaker due to several years of a low salary, it has made me richer in terms of knowledge and cultural experience, both of which are a high priority for me.

And my experience living in Moscow and St. Petersburg has not just enabled me to learn about Russian history, economy and culture…just as importantly, it has enhanced my understanding of my own country in so many different ways. I will never look at the US in the same way I did before.

If there is anything I regret, it is not ‘investing’ more money into learning Russian that first year with my tutor. The faster I would have gotten to a conversational level, the quicker I would have landed a good job.