1) How did you decide to become a University professor?

I wouldn’t say it was a career path I had in mind. In my childhood, when people asked me what I wanted to do in the future, my response was simple: to buy an island and establish my kingdom. During my university studies in French literature and culture in Paris, I worked several student jobs. One of them was to sub for French teachers at the Lycée Michelet (a high school). I quickly realized how much I enjoyed being in a classroom. Teaching was a fun job, there were always new and creative things to share, and I loved the challenging intellectual interaction with the students. In 1998, I was selected for a “teaching fellow” position through an exchange program between my university, Sorbonne-Nouvelle, and Hamilton College in New York State. After that year, I decided to pursue my career in the education field, and this is how I landed at ISU.

2) What do you consider to be your most notable professional achievement?

I like to think that my most notable professional achievement is yet to come. Looking from my own perspective, I like to consider the path of my life – growing up in war-torn Beirut, moving three times in my life, starting everything all over again, working and living in four different countries, adapting to new environments, and finding joy in every situation – to be a rewarding personal and professional achievement. Now that I enter my 16th year at ISU, I am proud to have taught French language and culture to over 3000 students, and to have started the Arabic program in WLC.

3) What has been your most memorable international experience?

Not speaking a word of Russian and convincing the owner (who only spoke Russian) of a small local restaurant in Kaliningrad, Russia, to serve dinner to my group of 26 people while promising to pay him the next day.

When I was a student in France, I worked every summer as the director of summer itinerant tours through Europe for youth between the ages of 15 and 17. It was an exciting and challenging summer job where my role was to plan, budget, and lead travel itineraries for summer tours. It gave me the opportunity to visit all Europe by rail and bus. I always wanted to visit Kaliningrad, which was closed to foreign visitors during the cold war. Just after Russia opened Kaliningrad’s borders, I planned the following 24-day backpacking tour: Paris-Berlin-Gdansk-Kaliningrad-St Petersburg-Moscow-Warsaw-Berlin-Paris. I had made a reservation at a hotel in Kaliningrad through a Russian travel agency in Paris. We arrived to Kaliningrad train station around 4:30 pm. To our surprise, there was no travel information desk or any money exchange agency. None of us in the group spoke any Russian and it was extremely difficult to get any travel information from the locals who only spoke Russian. My first thought was to exchange 50 French Francs at the black market (at a rip-off rate) so that we could at least take the bus and get to the hotel. Our second surprise was that the hotel was not a “real hotel”. We were housed in several small apartments in a huge Soviet style-building complex in a suburb of the city. For dinner, the “manager” of the hotel, an old woman who spoke limited English, suggested to us the only local restaurant around the corner.

I had traveler’s checks, a little of Polish currency and 23 hungry kids! Through drawings, signs and mimes, I had to explain to the restaurant owner that we wanted to have dinner but we could only pay him the next day after I exchange my traveler’s checks at the Bank. He had never seen any traveler’s check in his life, and he would only accept Dollars or Deutch Marks. Every time I tried to re-explain the situation, he would say “Da, Da, Da, Da, Da, Niet!”.

Finally, after literally 40 minutes of a difficult negotiation, I was able to convince him! When we were handed the menu in Russian, the kids asked me: “what does it say?”  My semi-frustrated answer was: “we will order one of each and we will find out and share. Isn’t traveling about discovering new things?

4) What is the last foreign country you visited? Is there a place in that country that you recommend anyone to visit?

Last summer I traveled to France and Lebanon. I often travel to both countries where I have family and friends. It is often a weird feeling for me to wander around in Beirut. Memories from the war will always surface again around every corner. The city has been rebuilt and transformed, and today there are many nice, vibrant, and multicultural areas to visit in Beirut. Unfortunately, nowadays, people are afraid to travel to the Middle East due to the current political troubles. However, this part of the world is extremely beautiful. 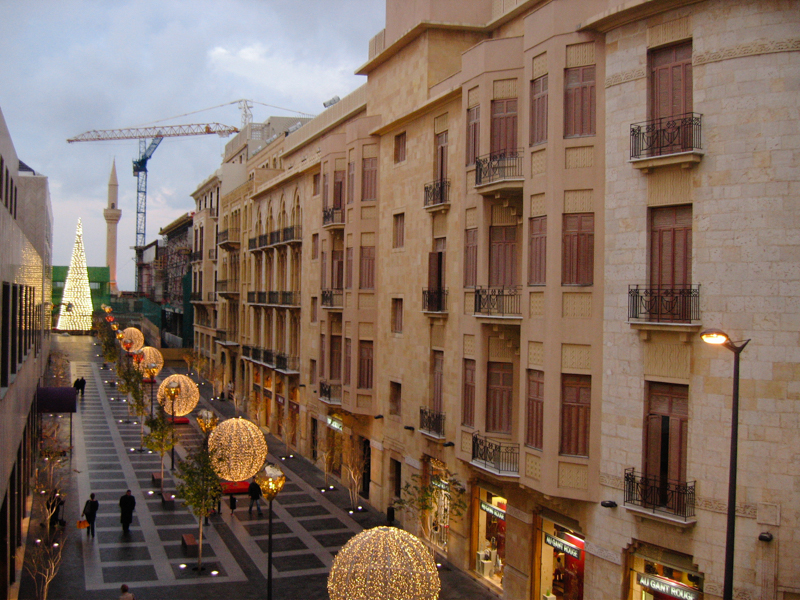 5) What has been the most interesting or unusual course you taught at ISU?

My Honors seminar “Understanding War”. In this seminar, we examine the daily life in wartime and the social effects of war through some study cases and living experiences. Students are expected to research topics and present them in class. Some assignments in the seminar are quite challenging: for example, students are asked to spend a day without electricity and water (they can only use one bottle of water for drinking, cooking, and their toilet needs). They share their experiences in class. The seminar allows them to become extremely aware of the conditions civilians go through during a war. A few times, I have taught one class period in the darkness, the classroom being only lit with a few candles. At the end of the period, you could feel their stress. So I tell them: “If you found it difficult to spend one hour in the darkness, how would you feel if you had to spend every night this way?”