What Classes Are You Taking This Summer? Check Out Span 323XW: Spain Today

When you think of Spain, what comes to mind? Tapas and flamenco? Beaches and museums? Or castles and windmills a la Don Quijote? While these are all elements of Spanish culture, there are many dimensions of Spain Today we do not consider off the top of our heads. Did you know that Spain is a leader in Europe in the area of renewable energy? Or in agricultural and industrial production? Did you know that Spain has four official languages?  Did you know that only 40 years ago Spain had a dictator and was one of the poorest nations of Europe, and that in four decades it has evolved into an advanced, modern society? 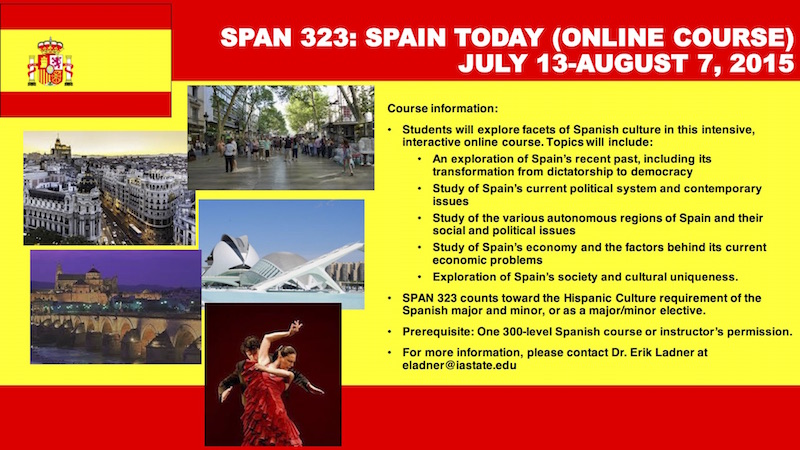 In SPAN 323XW – Spain Today – we will explore these and many other issues in an attempt to answer the questions:

“What does it mean to be Spanish” & “How did Spain become the modern nation that it is today?”

In this course we will explore how Spain changed during the 20th and 21st centuries, explore its political and economic systems, and explore a wide variety of elements related to Spain’s culture in order to arrive at a better understanding of what it means to be Spanish.