For the past four years, the Department of World Languages and Cultures has had the opportunity to have Student Ambassadors. These students are some of the best in our department- representing various programs, interests and experiences. This Fall, all of our ambassadors are as outstanding as usual, and we got the opportunity to sit down and talk with this semester’s Languages and Cultures for Professions representative, Joi Latson. Joi is in the College of Agriculture and Life Sciences, and she is getting a Global Resources Systems degree along with a second major in Spanish (LCP) and a minor in Nutrition. While we could brag about Joi’s accomplishments until the cows come home, we’ll let our interview with her do that instead.

WLC: How did you end up studying what you’re studying at Iowa State?
Joi: I changed my major a few times. I applied as animal science because I wanted to go to vet school. I changed right before freshman year to nutritional science then I took chemistry, and I thought “This is not for me!” I switched to kinesiology and then I ended up switching to GLOBE my sophomore year. I always knew that I wanted to double major in Spanish because I had taken it in high school, and I wanted to continue to learn the language. What’s really cool about GLOBE is that you’re required to take a language, so Spanish fit in perfectly. I’m interested in a lot of different things, and I always try and incorporate those interests into what I study. GLOBE really fit with my interest in health and nutrition and Spanish and gave me the ability to travel- it has “Global” in the title.

WLC: You mentioned taking Spanish in high school- did you take 4 years?
Joi: I actually started in 8th grade, but I didn’t really take it seriously until my senior year in high school. It was always just a fun thing to do before that.

WLC: Did you get the chance to go abroad while you were in high school?
Joi: My first time abroad was my study abroad in Cáceres, Spain!

WLC: Hey, solid segue! So you went the Spring semester of your Junior year. How did you decide when and where to go?
Joi: Well I knew I wanted to go to Spain because- I don’t know if you’ve seen The Cheetah Girls 2, but that’s one of the reasons I really wanted to go to Spain, and I wanted to learn Spanish because of that movie. *Editor’s note: see the video clip below for reference* So that’s the reason I learned the language. I wanted to go as soon as possible. I considered going Spring of my Sophomore year, and I ended up pushing it back for some reason. I feel like it was good timing that I went Spring of my Junior year. I decided on the Cáceres program because a lot of students had gone before, and it was a well-known program within the department. The money aspect- since I am paying for my college education myself- was nice. I am an out of state student, and it’s way cheaper to study there for a semester than it is to pay out of state tuition here.

WLC: How did you land your internship in Uganda? 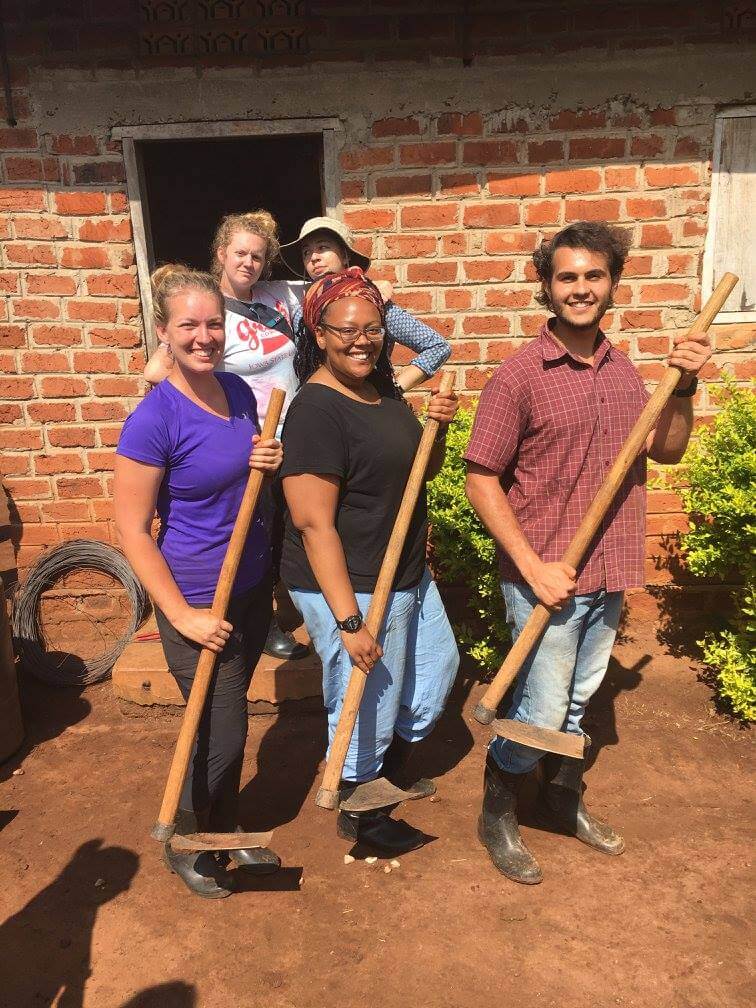 Joi: Well, I was looking at a few different options for my internship for my GLOBE major. I considered staying in Spain, but I wanted to go somewhere else. It was really great because GLOBE pays for your plane tickets which takes a big chunk out of financing the trip. I originally wanted to go somewhere that speaks Spanish, but in the end I was looking for what worked best with my study abroad in the Spring. The Iowa State Uganda program is Iowa State’s Nonprofit Organization. My advisers and professors lead the program; they’re on the board and everything. I asked one of my advisers where I should go, and she said “Just come with me to Uganda!” and that’s how I ended up going! I loved Uganda so much, it was such a great experience.

WLC: Do you think that you found any connections between the cultures that you’ve experienced within the last year or so?
Joi: When I was in Uganda, I taught math to a sixth grade class. While English is the official language of Uganda, we were in a more rural area, and not everyone spoke English. At first, when I came in to teach, I would just write on the board and explain, and the kids would kind of look at me funny. It made me realize that I needed to slow down because I thought back to how I was at first when I was in Spain if people spoke too fast. I was really able to relate to these students because of that. Those blank stares were so familiar to me- the “otra vez, por favor“- but they didn’t know how to ask me to say it again, so I had to figure that part out on my own.

WLC: Do you feel like your experiences abroad will affect what you do after graduation?
Joi: Yes, I definitely think so. I knew I wanted to go to graduate school, but I was on the fence before I went to Uganda about what I wanted to study. Now, I think I want to do something in the medical field and then hopefully return to developing countries. I definitely want to get to Latin America so that I can use my Spanish; maybe I could work at some NGOs. That’s the goal. I had never been abroad before I went to Cáceres, and now I can’t wait to get out of the U.S. again!