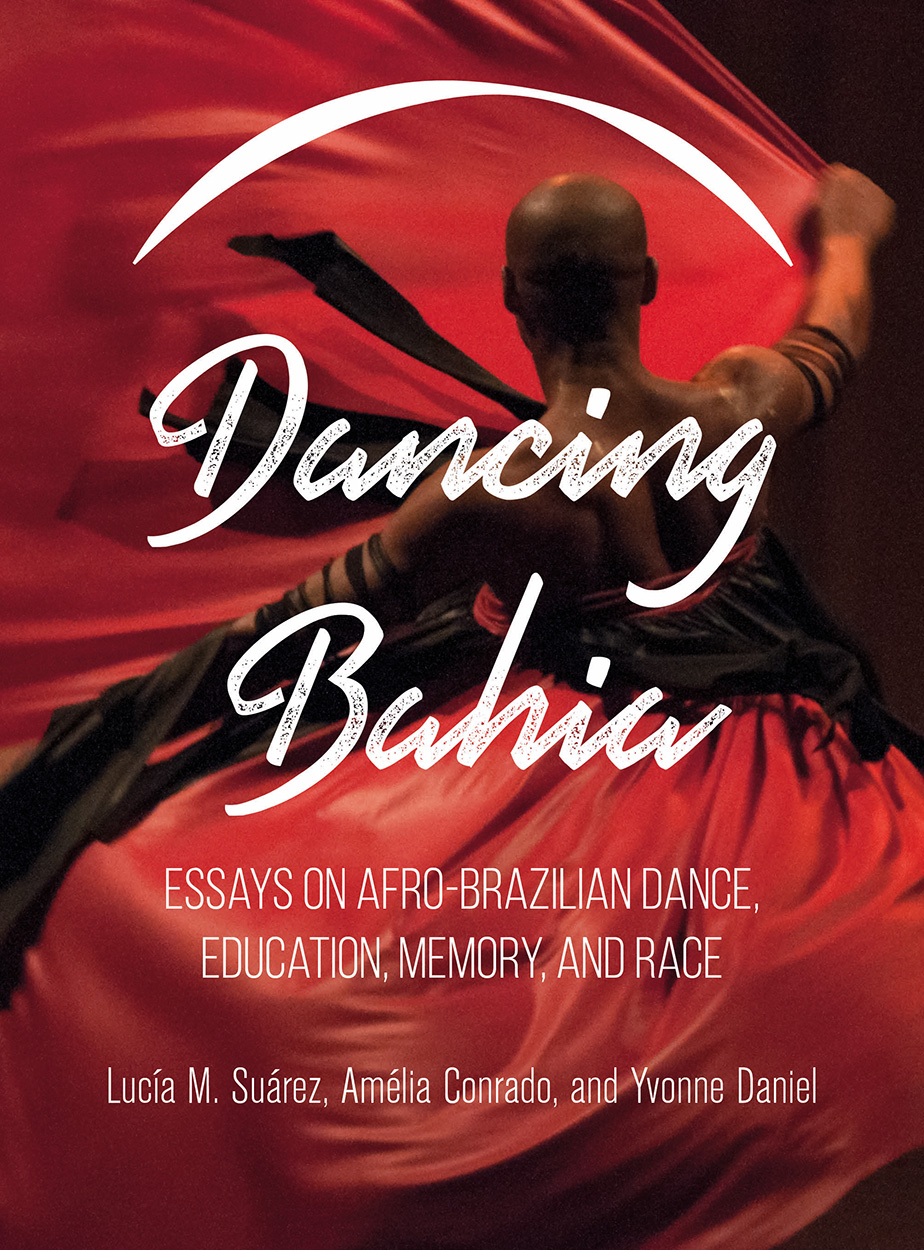 Over the years, WLC has undergone many changes. Not the least of these changes is the ever-growing list of additions- Anthropology, American Indian Studies, U.S. Latino/a Studies, staff, faculty- to our department. Dr. Lucía M. Suárez fits two of these categories: she joined us as a faculty member in Spring 2017, and she is the director of our newly incorporated U.S. Latino/a Studies Program.

Dancing Bahia: Essays on Afro-Brazilian Dance, Education, Memory, and Race (Intellect, UK/University of Chicago Press, US, 2018/ Suárez, Conrado, Daniel, editors) gathers dedicated dance activists, practitioners, and scholars, who have worked extensively in the city of Salvador da Bahia over the last four decades, to examine the particular ways in which Afro-Brazilian dance has responded to socio-political notions of race, nation, and community, resisting stereotypes and redefining African heritage and Afro-Brazilian traditions.

Collection contributors, and many others from our wide-spanning African Diaspora, Latin American, and Latinox studies colleagues, as well as dance communities, have dialogued and debated during the Latin American Studies Association in Toronto (2010), in conferences at the Federal University of Bahia, Brazil (2009–11), during a Five College Residency in Massachusetts (2014), and in numerous other, less formal venues (2006–17). Thus, the essays that see light in this collection reflect an expansive, never-static series of investigations and creative partnerships that span lifetimes and multiple projects, across the United States, Brazil, and Canada.

Locally, in segregated neighborhoods, Afro-descendent individuals and communities negotiate survival innovatively outside the confines of debilitating prejudice. Through case studies, historical analyses, and autobiographical essays, Dancing Bahia encourages readers to join the examination of local and global dynamics that have revealed continued and new sociocultural and economic circumstances, structuring the ways African Diaspora identities are performed, valued, internalized, and/or negated. Consequently, Dancing Bahia: Essays on Afro-Brazilian Dance, Education, Memory, and Race reframes the labor of dance behind and beyond the tourists’ gaze and commercialized representations of blackness in Bahia, and challenges simplified and oversold notions of black artists’ lives.