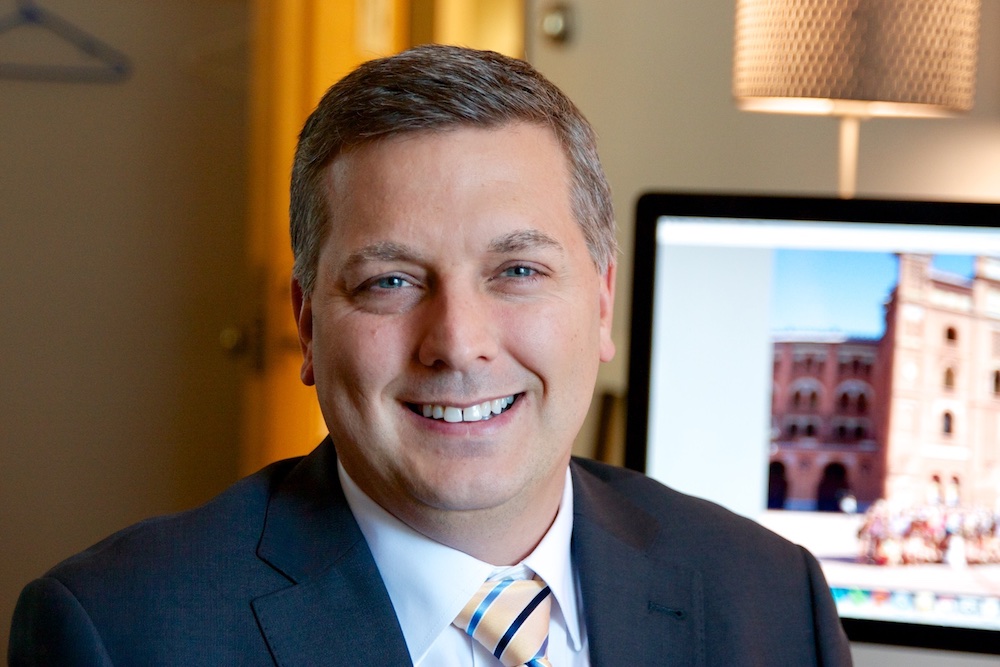 More than a decade ago, Chad M. Gasta stumbled upon a newspaper story in Spain’s leading newspaper, El País, describing the discovery of a couple of previously-unknown operas composed around 1700 in South America. At the time, he was working on an article about the first Spanish opera from 1660 that later made its way to Lima, Peru, where it became the first opera in the New World. He put aside the news blurb about the opera discovery, but found the unfamiliar topic so interesting that several years later he decided to write a book about it. That book, Transatlantic Arias: Early Opera in Spain in the New World, built on several published articles on the topic and coincided with the publication of another book, Imperial Stagings:  Empire and Ideology in Transatlantic Theater of Early Modern Spain and the New World, which, together, solidified Gasta’s status as a global expert on early theater and opera in Spain and Latin America.

Gasta’s work provides some of the prevailing research on early opera in Spain and the New World during the seventeenth and early eighteenth century. In Transatlantic Arias, he highlights the three first operas in the new world in the context of opera production in Spain, and reveals the lengths and limits of Spanish influence in Peru and Bolivia. As Gasta notes, in the former Jesuit missions of South America, more than 15,000 sheets of music were discovered during a restoration project of the nearly forgotten mission churches. The restoration project of the missions, which are now a UNESCO World Heritage site, unearthed previously unknown musical pieces, many of which were written in the native language of the people, and later translated into Spanish by the Jesuit priests. Among the pieces was an opera written by an unknown indigenous composer in Chiquitano language and likely performed by Indian singers.

“The operas and other musical works were written by the indigenous people in their own language, which upends the notion that the Spanish language was forcibly used in all areas after the Spanish conquest. Furthermore, until recently, no one even knew that these pieces existed, let alone that the there was an indigenous musical culture so rich and complex that it could match that of the great musical centers of Europe,” Gasta said.

Gasta’s research on early opera is poised to change the way we look at the musical history and literary culture in one part of the world.